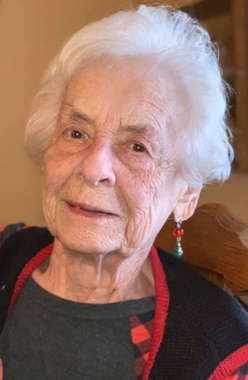 Back to Betty Jo's story

Betty Jo Andrews, a longtime resident of Comanche/Meridian, peacefully passed away early Monday morning, February 3, 2020 at her home North of Comanche. She was 94 years old. A funeral service will be held on Wednesday, February 5th at 10:30 a.m. at the Comanche Funeral Home Chapel, with Bro. Trent Young officiating. Burial will follow at Fairlawn Cemetery, under the direction of Comanche Funeral Home.

Betty was born November 21, 1925 in El Paso, TX to Earl P. and Fannie (Cone) Prentiss. She graduated from Ysleta High School. Betty attended University of Texas at El Paso, and New Mexico State University. On June 16, 1951 she and John M. Andrews were united in marriage in El Paso. She and John came to Comanche in 1959. She loved crocheting, sewing, keeping up with friends and family on Facebook. She loved going to her grandchildren and great-grandchildren's school events. Betty was a member of Patterson Avenue Baptist Church.

Betty was preceded in death by her husband, John Andrews; parents, Earl and Fannie Prentiss; and two sisters: Earla Smith and Mary Jane Bills; and a son-in-law, Mikey Powers.

Memorial contributions may be sent to Patterson Avenue Baptist Church, or the charity of your choice.
Published on February 4, 2020
To plant a tree in memory of Betty Jo Andrews, please visit Tribute Store.

Plant a tree in memory
of Betty Jo

A place to share condolences and memories.
The guestbook expires on May 03, 2020.

Sharrell Smith
My thoughts and prayers are with all of you. Betty Jo is one of the sweet ladies I have ever known, she always had a smile that would light up any room and a kind word and lots of good advise. So very thankful I had the opportunity to know her. Forever in my heart.
Denise and John York & Family

Tender Tribute was purchased for the family of Betty Jo Andrews by Denise and John York & Family.  Send flowers

Full Of Love Bouquet was purchased for the family of Betty Jo Andrews by Bob & Jean Bezner.  Send flowers

Bob & Jean
Will remember her fondly!
View all 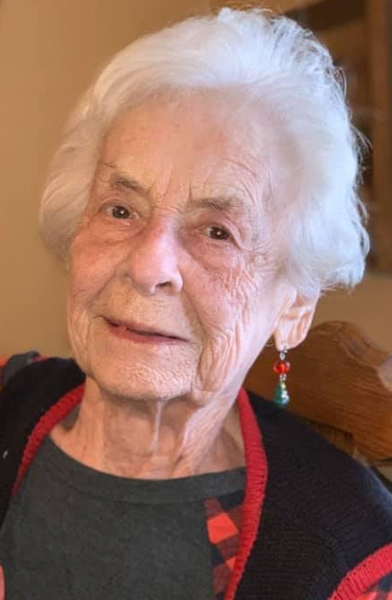