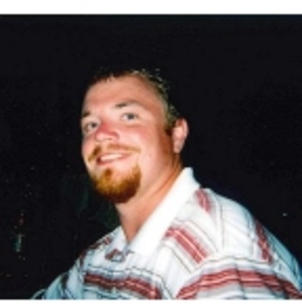 Back to Johnny Paul's story

Johnny Paul Hill, 36, of Duncan, Oklahoma passed away unexpectedly on Tuesday December 17, 2019 in Corsicana, Texas. Funeral services will be held Saturday, January 4, 2020 at 10:00 AM at Don Grantham Funeral Home Chapel with Pastor Billy Morgan officiating. Interment will follow at Duncan Cemetery under the care of Don Grantham Funeral Home. The family will receive friends Friday evening from 5:00 PM to 7:00 PM.
Johnny was born on September 16, 1983 in Duncan, Oklahoma where he attended Horace Mann Elementary School. He later attended Duncan middle School and High School where he wrestling and played football. He would graduate from High School in 2002.
Johnny was a loving son, loyal brother and reliable friend, He enjoyed his family and outdoor adventures, and could make the most fun out of the small things we often take for granted. With a warm smile and a sincere care, he was always ready to help where he could.
Johnny was preceded in death by Clyde Hill, of Duncan, Oklahoma and Nubbin and Coe Sides of Comanche, Oklahoma. He is survived by his parents; Sonya Hobbs and her husband Brent Keenan of Duncan, Oklahoma and David Hill of Duncan, Oklahoma; his brothers, Cody and Jodee Stapp of Comanche, Oklahoma his nieces, Cambree, Oak Lee, Kindree Stapp of Comanche, OK. Online condolences may be lfet for the family at www.granthamfuneralhomes.com
Published on January 2, 2020
To plant a tree in memory of Johnny Paul Hill, please visit Tribute Store.

Plant a tree in memory
of Johnny Paul

A place to share condolences and memories.
The guestbook expires on April 01, 2020.