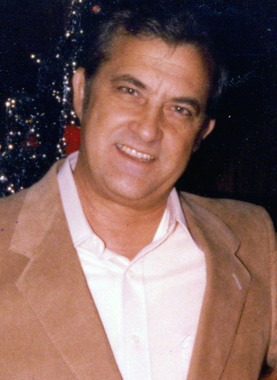 Back to Ray's story

Funeral service for Ray Pemberton will be 1:30 p.m. Friday, January 10, 2020 in the Becker-Rabon Funeral Home Chapel with Greg Riley officiating.
Arrangements are under the direction of Becker-Rabon Funeral Home.
Ray Pemberton, age 82, Lawton, Oklahoma, passed away Wednesday, January 1, 2020 in Lawton. Ray was born September 28, 1937 in Ringling, Oklahoma to Lee Roy and Mary Thelma (Wade) Pemberton. He graduated from Ringling High School in 1955 and moved to Duncan, Oklahoma where he met the love of his life, Deana Springer. They were married on August 30, 1958 and recently celebrated their 61st wedding anniversary. Ray worked at Hedges and Jackson Ice Company before moving to Lawton in 1959. He was a sales representative for Midwest Distributors in Lawton until the business closed in the mid 1990's. He worked for Central Liquor and Wine in Oklahoma City until 2004 when an illness forced his retirement.
Ray enjoyed spending time with his family, being outdoors, talking about the old days and watching the Oklahoma Sooners, the Oklahoma City Thunder, and the National Football League. He will always be remembered for his love of popcorn, chicken wings, and baked potatoes.
Ray is survived by wife, Deana, son, Steve Pemberton, daughter, Sandra Pemberton, grandson, Steven Pemberton of Moore, Oklahoma, great grandsons, Jarrett Ross Pemberton, Gavin Pemberton, Kellen Pemberton, Jacen Pemberton, two sisters, Serelda Hagar of Duncan, Oklahoma and Glenda Lester of Fort Worth, Texas, and numerous nieces and nephews.
He was preceded in death by his parents, four brothers, L.C., Jerry, Royce, and Alton Pemberton, and two sisters, Claudine Briscoe and Ivy Smith.
An online guest book and sympathy cards are available at www.beckerfuneral.com.
Published on January 8, 2020
To send flowers to the family of Ray Pemberton, please visit Tribute Store.

Send flowers
in memory of Ray

A place to share condolences and memories.
The guestbook expires on April 06, 2020.