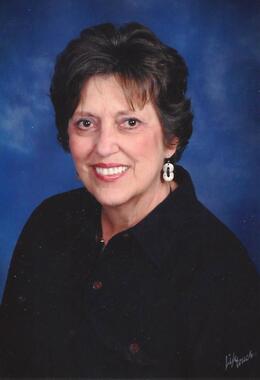 Back to Sharon Ann's story

Sharon Ann (Allen) Black, age 73, passed away on Tuesday, January 7, 2020, in Ardmore, Okla.
Funeral services will be held at 2:00 pm, Friday, January 10, 2020, at the First Baptist Church of Ardmore. Cremation to follow under the direction of Griffin ~ Hillcrest Crematory.

Sharon was born on August 29, 1946, to James Leonard Allen and Lola (Hedrick) Allen in Duncan, Okla. She graduated from Duncan High School with the class of 1963 and went onto attend the Oklahoma College for Women. In 1967, she married Johnny A. Black in Duncan, Okla. and they resided in Chickasha, Okla. Sharon then took a position in civil services as an employee of Fort Sill and received awards for her excellent clerical skills. The couple moved to Oklahoma City in 1969, where she worked as a secretary for Fidelity Bank of Oklahoma City. In 1970, after the birth of her first child, the family moved back to Duncan, Okla. Sharon then became a stay at home mother caring for her children. Following her husband's career, they moved to Ardmore, Okla. in 1985. They joined the First Baptist Church of Ardmore in the spring of that year. After their children got older, she worked for Ardmore City Schools as payroll and insurance clerk using the municipal accounting systems software. Sharon later actually worked for Municipal Accounting Systems as a telephone support personnel and retired in 2000.

Sharon enjoyed playing golf, spending time with her grandchildren and keeping up with her nieces, nephews and friends on Facebook. Most of all, she enjoyed hosting parties for friends and family.

She was preceded in death by her Parents and sister, Lynda Jenks.

Condolences may be left at griffinhillcrest.com.
Published on January 9, 2020
To send flowers to the family of Sharon Ann (Allen) Black, please visit Tribute Store.

A place to share condolences and memories.
The guestbook expires on April 07, 2020.