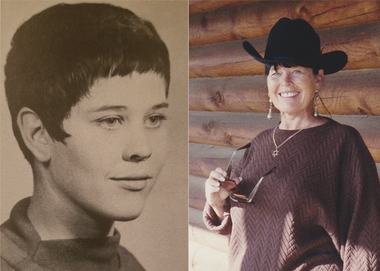 Back to Vivian "Judy"'s story

Vivian "Judy" Young, a Comanche native turned Californian who worked in broadcasting, was a proud military wife and ran a talent agency, died Monday, Jan. 27, in Los Angeles. She was 78.
Young had been admitted to Cedars-Sinai Medical Center the first week of January for respiratory distress. The exact cause of death was under review.
Funeral arrangements are pending in Oklahoma. The burial will be private.
Young was born to Jesse "Ernest" and Sally Violet Reed just west of Ryan in January 1942. She had two older brothers, Max and Jess Reed, as well as an older sister, El Juana Pollock, and a younger sister, Rebecca Reed. Both of her brothers served in the U.S. Armed Forces. Jess Reed was an insurance salesman and lifelong Duncan resident.
Pollock, of Noble, is the surviving sibling. Young is also survived by her two children, Paul Jarod and Heather R. Young, both of whom reside in Riverside, California. Her former husband, Paul D. Young, resides near Roff.
Young's father farmed just outside of Comanche, and she preferred helping him to attending school, according to family, finding any reason to join him while he plowed fields or herded cows. Ernest Reed became ill with prostate cancer when she was in elementary school. He died in 1955, when Judy was 13, causing intense and lasting emotional trauma.
Young was active in the Thespian Society and other pursuits while attending Comanche High School, gaining the reputation of an up-and-comer. She devoured books, causing major near-sightedness at an early age, mainly from reading underneath covers with a flashlight at night. Her closest friends were Comanche natives Joanne Moser and June Taylor.
Young had singing talent, occasionally performing with a local band, and sought formal training after graduating Comanche High in 1960, but could not muster the funds to follow that path. At 19, she headed west to find work in San Diego, California, landing a clerical position at a radio station. Within three years, she was managing the traffic department and eventually went to work overseeing traffic for renowned KOGO.
Young met her only husband, Marine Corps pilot Paul D. Young, in 1968, and they were married that year, a few months before he deployed to Vietnam.
During her husband's deployment, Young resided in Hawaii, spending many hours volunteering with the Red Cross to assist seriously wounded Vietnam veterans undergoing rehab.
She spent 20 years as a military wife, twice living overseas-in Malta and Jakarta, Indonesia. She was a steadfast Ronald Reagan supporter, volunteering for all of his campaigns, and resided in California more than anyplace. From the mid-80s to the early 90s, Young managed her daughter, a working child actress, then going by the name Heather Hopper.
The family relocated to Prescott, Arizona, and not long afterward, Young started Pine Mountain Talent Agency, which she operated from 1993 to 1998, supplying background actors for numerous projects, including "Forrest Gump" and the remake of "The Getaway," for which she received title credit at the end of the film. She was persistent in seeking to draw productions to Northern Arizona.
Young also ran a matchmaking service in Prescott for several years-pre-internet.
She suffered a cardiac event in the late 1990s, and after a long hospitalization in Tucson, went to Los Angeles to be near her children.
She developed various health complications in the ensuing years but always maintained her wit and pokey sense of humor, bringing joy to all who knew her.
Young said in her final years that she wanted to go home to Oklahoma, close to her roots. Now she will.
Anyone interested in sending condolences or sharing memories was encouraged to contact her son via bullneck75@gmail.com.
Published on February 6, 2020
To plant a tree in memory of Vivian "Judy" Young, please visit Tribute Store.

Plant a tree in memory
of Vivian "Judy"

A place to share condolences and memories.
The guestbook expires on May 05, 2020.

Anna
It was my pleasure Judy serving as your nurse! The smiles and the laughter you brought me will forever be a great memory.. I love you and I will miss you and until we meet again.. Rest In Peace sweetheart
Janice Clemmer
I so wish I had a chance to see Judy and do her hair one last time. I was blessed to know her spunky self and will miss seeing her. Rest with the Angel's, Judy and go find my mom in Heaven. You two would have liked each other her on earth❤🙏❤
Heather Young

My Beautiful mother. You will forever be missed and longed for. I love you. You are pain free now.God has gained a New Angel. May his heavenly arms hold you forevermore. 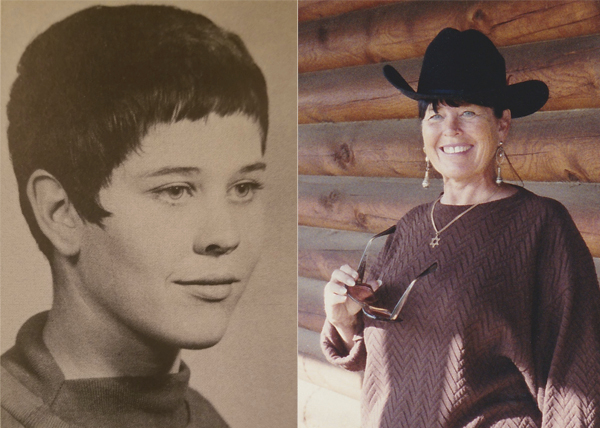